These veiled threats did not deter Miro-Cardona. On April 18, he tendered his resignation to the Cuban Revolutionary Council and released for publication a twenty-four-page appendix explaining the motives. It had the effect of a political and diplomatic bombshell. The administration’s spokespersons vigorously counterattacked, denying the allegations of the exile leader and implying that the crisis had occurred because Washington had refused to yield to his ultimatum of a $50 million loan and a pledge to invade Cuba.

I saw Miro-Cardona in Puerto Rico a few days after he had resigned. He was well aware that some of the Cubans in Miami who had criticized him for being subservient to Washington’s dictates were now reproaching him for his drastic step. Despite the flurry of attacks, the now-retired exile leader seemed at peace with his conscience.

In a brief aside, he told me, «You know, throughout the process, I have been able to withstand the impatience, even the diatribes, of my compatriots because I had confidence in our friends in Washington, who promised me to support the liberation of Cuba. Now, however, with the Kennedy-Khrushchev pact and the resulting change of policy, my faith has been dashed.» Frowning more than ever, he added, «Washington is seeking, I am convinced, an accommodation with Castro … but I will not be party to that disgrace. The son of General Miro-Argenter will never play the shameful role of Marshal Petain!»

Miro-Cardona’s resignation and the subsequent dissolution of the Cuban Revolutionary Council created a leadership void within the Cuban exile community, but not for long. The head of Bacardi, Jose (Pepin) Bosch, who supported Castro during the insurgency against Batista and turned against Fidel after he embraced Marxism-Leninism, was exiled in the Bahamas when Miro-Cardona stepped down and the Council broke up.

As vividly described by Tom Gjelten in his book Bacardi and the Long Fight for Cuba, Bosch effectively led and funded efforts to keep the anti-Castro resistance fire burning from 1963 to 1965. With the backing of renowned personalities, including Claire Boothe Luce and Admiral Arleigh Burke, he created a Citizens’ Committee for a Free Cuba in Washington, DC, and organized a referendum within the exile community to select and empower a five-man directorate to assume the Representacion Cubana del Exilio (RECE). Lacking US and Latin American government support, RECE closed up shop in the mid-1960s, but a young, magnetic member of the quintet (Jorge Mas Canosa) later became an inspiring leader.

Bosch was not the only Bacardi CEO who played an important role in the anti-Castro movement. Shortly after retiring as the chairman of Bacardi in exile, Manuel Jorge Cutillas wholeheartedly led the Center for a Free Cuba based in Washington, DC, and supported numerous initiatives to galvanize the prodemocracy resistance in Cuba and abroad.

Having hamstrung the commando groups and subsequently ended the support of the Cuban Revolutionary Council, which led to its disband-ment, Washington thought that this would facilitate a rapprochement with Castro. Vain illusion or, to be precise, delusion. Ten days after Miro-Cardona had tendered his resignation, the international news services reported that the «Cuban premier Fidel Castro, wearing a fur hat and a trench coat with sleeves far too long, flew into Moscow … and received the warmest, most tumultuous welcome ever accorded a foreign dignitary in the Soviet Union.»

During his forty days in Russia—perhaps a record in the annals of state visits—Castro journeyed to fourteen cities; inspected the Northern Fleet and strategic forces rocket base; delivered innumerable speeches at stadiums, factories, and town squares; and reviewed the May Day Parade from the top of the Kremlin Wall. He also received the title of Hero of the Soviet Union, the Order of Lenin, and the Gold Star, and spent scores of hours conversing and chuckling with Nikita Khrushchev and his successor-to-be, Leonid Brezhnev.»

Still, the White House renewed its attempt to seek an accommodation with Castro. The back-channel intermediary used this time was Lisa Howard, a reporter for ABC News. A onetime actress and soap opera star who covered the United Nations as a correspondent for Mutual Radio Network in 1960, she became the first US journalist to interview the Soviet premier Nikita Khrushchev. Three years later, the attractive and persistent Howard scored another journalistic coup: an exclusive televised interview with Fidel Castro, which was aired on May 10, 1963. Again the Cuban ruler floated the idea of exploring better US-Cuba relations.

It should be noted that Lisa Howard, the go-between for Castro and the White House, had developed an intimate liaison with «her dearest Fidel.» As disclosed in her diary, Castro kissed and caressed her in their first meeting in Havana, «expertly with restrained passion,» but would not go all the way. According to Howard, he explained why: «You have done much for us; you have written a lot, spoken a lot about us. But if we go to bed, then it will be complicated and our relationship will be destroyed.» (Peter Kornbluh, who had access to Lisa’s diary, told the story in Politico, May-June 2018.)

It is hard to believe that Castro was sincere in striking a deal with Washington after basking in adoration in Moscow and reaffirming his commitment to defend and expand International communism. Yet the White House authorized William Attwood, an adviser to the US mission to the United Nations, to establish private contacts with Carlos Lechuga, the Cuban ambassador to the United Nations. The first bilateral talks, an informal exchange of views,took place on September 23 during a social reception at Lisa Howard’s spacious Park Avenue apartment. As reported by Attwood, Lechuga «hinted that Castro was indeed in a mood to talk and thought there was a good chance that I might be invited to Cuba.»

After a series of phone conversations with Havana in October, Castro proposed to send a plane to Mexico to pick up Attwood and fly him to a private airport near Varadero Beach, where Fidel would talk to him alone. The plane would fly him back immediately after the talk.

As disclosed by Peter Kornbluh, drawing from declassified documents, Castro’s invitation set off a flurry of discussions inside the Kennedy administration. «Would such a trip be secure? Should the United States find out first what Castro was willing to talk about? Was Castro sincere, or was he trying to manipulate a reduction of US pressure? What were the political dangers of an accommodation with Cuba? Should a dialogue even be attempted?»

After pondering the pros and cons, it was decided to pursue the talks, preceded by a preliminary meeting in New York between Attwood and Ambassador Lechuga to review Castro’s agenda. As Attwood testified behind closed doors to a special Senate committee, he was told that after he received the agenda, the president wanted to see him to determine what to say and whether Attwood should go to Cuba, or what to do next. This message was relayed to Attwood on November 19, three days before the president’s assassination.

In those last three days, Kennedy himself sent two indirect messages to Castro. The first one was conveyed in a speech before the Inter-American Press in Miami. Referring to Cuba’s effort, backed by external powers, to subvert the other American republics, the president stated that «this and this alone divides us. As long as this is true, nothing is possible. Without it, everything is possible.» What Kennedy said, in essence, was that a Communist Cuba would be negotiable if Castro ceased to export his revolution.

Against this backdrop, can we conclude that, had it not been for the president’s assassination, we would have achieved a historic turning point in US-Cuba relations, leading to a stable rapprochement? Not really. As the record shows, Castro was not truly interested in giving up his Communist ideology, expansionist grand design, and Soviet support for the sake of a peaceful entente with the detested Yankee imperialism he had vowed to defeat. And the Kennedy brothers, who were wary of Castro’s machinations, did not rely solely on diplomatic overtures to settle the Cuban crisis. They actually played a perilous, indeed fateful, double game.

On the very same day that President Kennedy was assassinated, November 22, 1963, CIA case officer Nestor Sanchez in Paris handed to one of the intrepid frontliners of the Cuban Revolution who held high military rank an ingeniously crafted poison-tipped ballpoint pen to kill Fidel Castro. The Cuban plotter, code-named AM/LASH, was Rolando Cubela, a young, engaging «comandante» with a thick beard and a mercurial personality. (In his prerevolutionary days, he was nicknamed Torpedo.)

The AM/LASH conspiracy began in 1961, when a CIA official approached Cubela in Havana to determine if he would be willing to cooperate in efforts to bring down the Castro regime. The comandante, who seemed disturbed by Fidel’s totalitarian direction, manifested more interest in defecting than in conspiring. However, as his relationship with the agency drew closer, he warmed up to the idea of remaining on the island, «if he could do something really significant for the creation of a new Cuba.» To achieve that, he was willing to plan the «execution» or «elimination» of Fidel Castro. (He objected to the term assassination, not to the act.)

As documented by Brian Latell, a former US National Intelligence officer for Latin America and author of Castro’s Secrets: Cuban Intelligence, the CIA, and the Assassination of John F. Kennedy, Cubela’s professed desire to eliminate Castro was music to the ears of the top CIA leaders. The agency was frequently prodded, particularly by the attorney general, to produce tangible results. That meant to «come up with some ideas to kill Castro,» as one CIA official would later testify in a congressional hearing.

The agency had earlier discarded as cockeyed or impractical two plots to assassinate Castro. The AM/LASH conspiracy, however, seemed more promising since it would be led by an insider—a senior government official who was close to Fidel—who had cold-blooded killer instincts. Before Castro seized power in 1959, Cubela murdered Batista’s chief of military intelligence, Antonio Blanco Rico, while the feared officer was watching a show at the Montmartre nightclub in Havana.

Carried away by Cubela’s gung-ho demeanor and background, and under mounting pressure to act, the CIA dismissed troubling igns that cast a shadow on the comandante s bona fides. According to Brian Latell, Cubela had refused to take a lie detector test—a standard procedure for new recruits—and he apparently had unlimited time and money to travel and meet with CIA officials in distant locations. He also failed to provide any significant inside information on the Castro regime. Still, the agency decided to go ahead with AM/LASH—a grave mistake. As Cuban defectors from Castro’s intelligence services (DGI) would later testify, Cubela was a double agent, feeding every detail of the US plot back to Havana.» 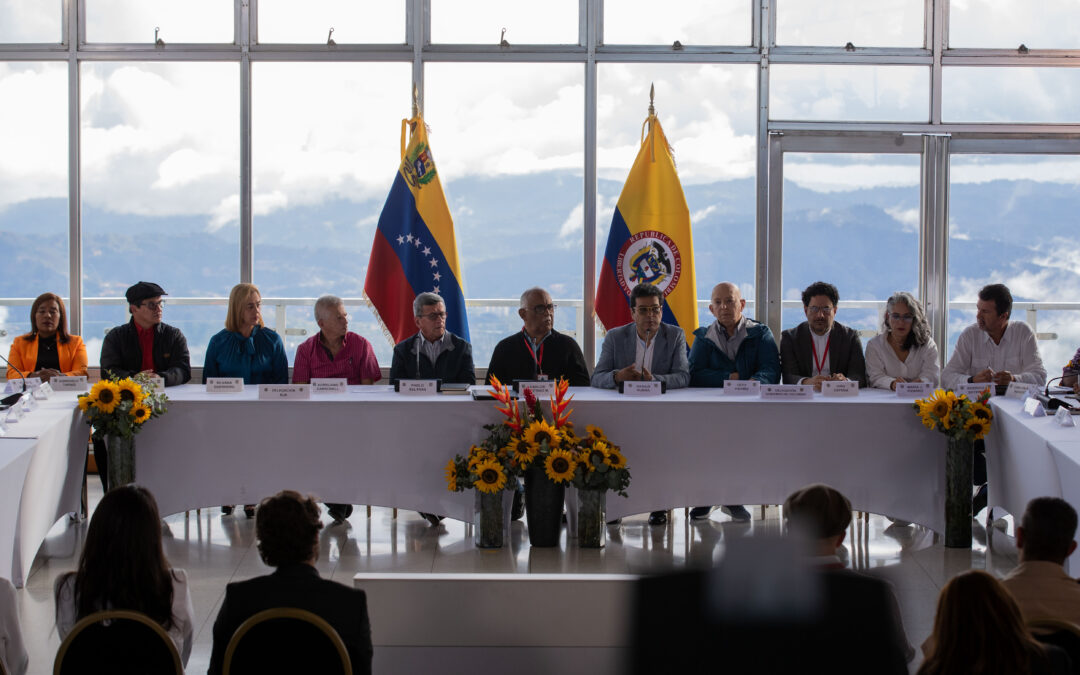 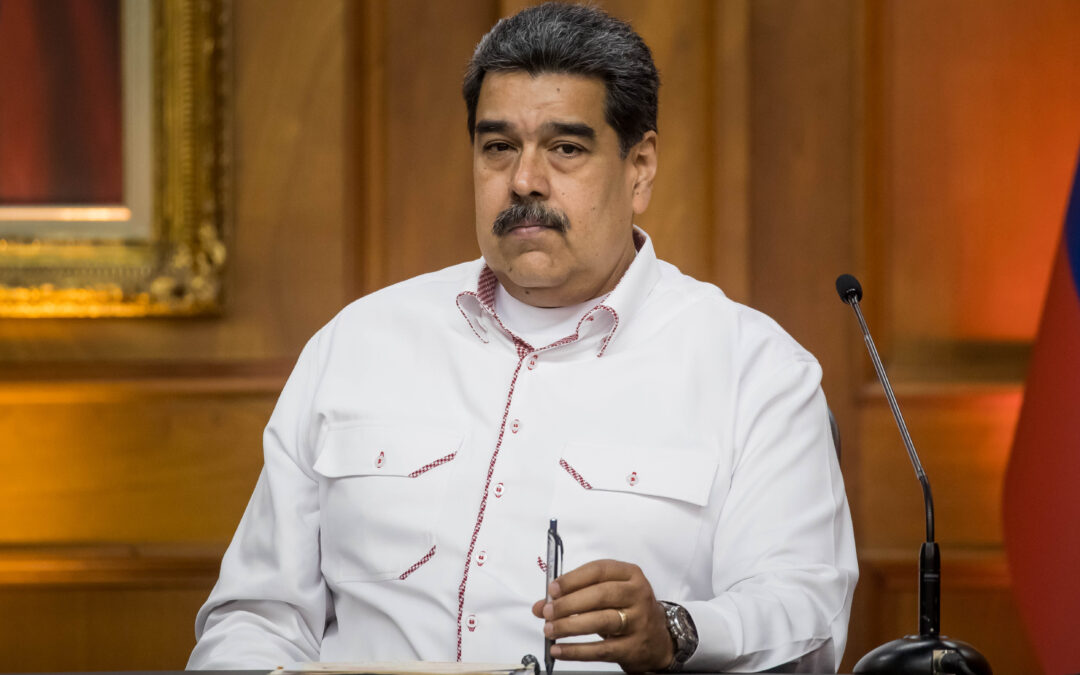 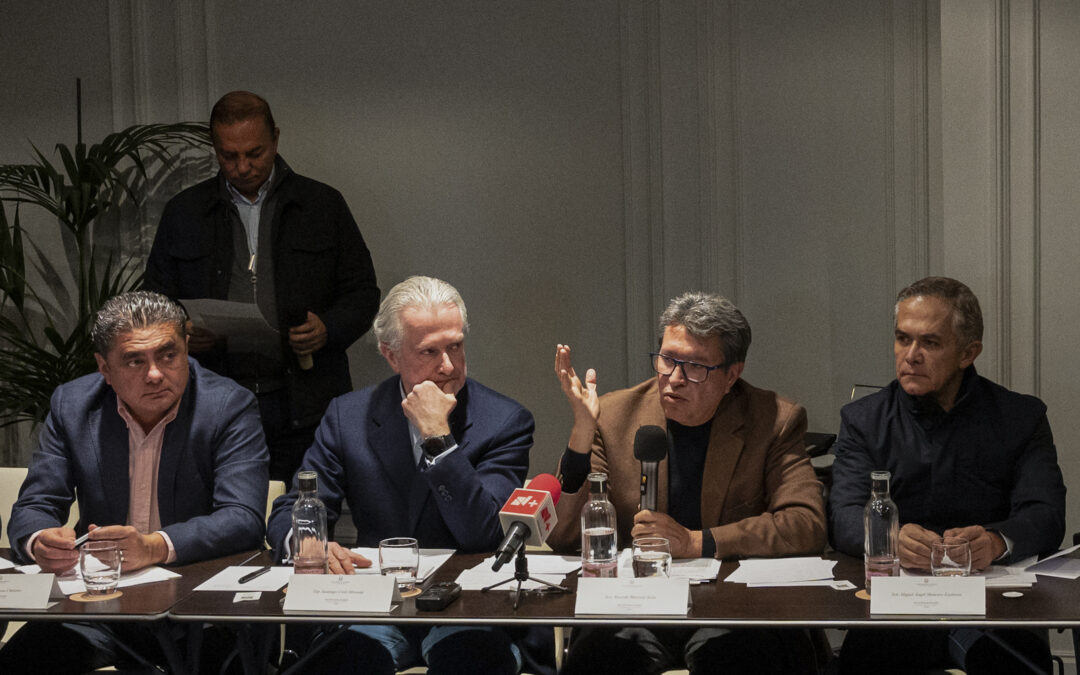 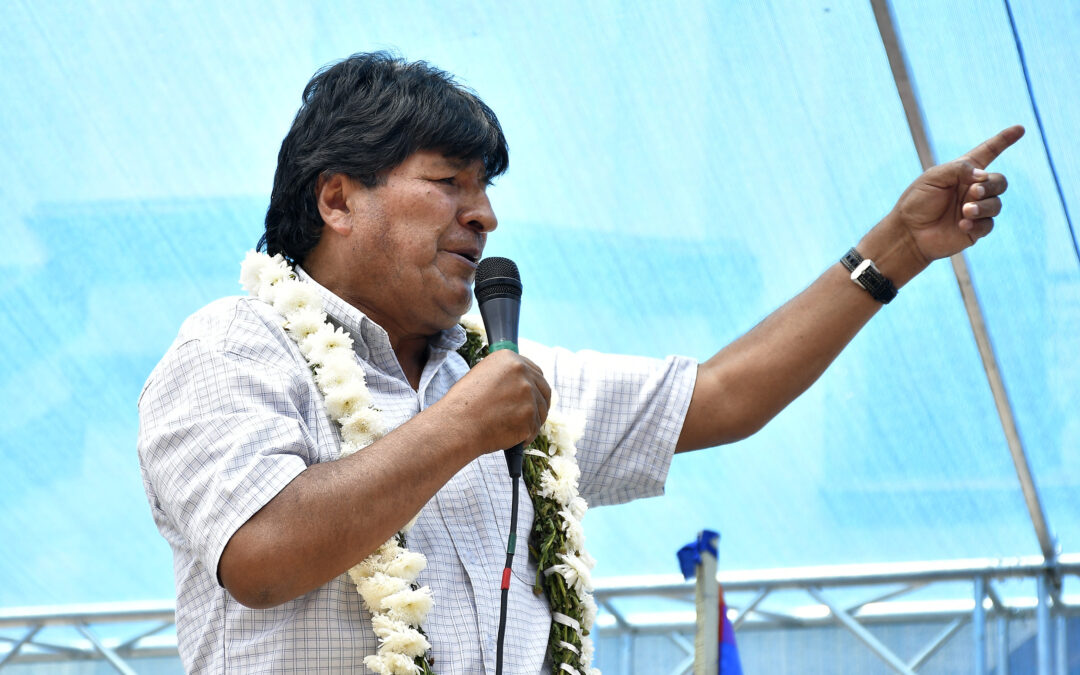 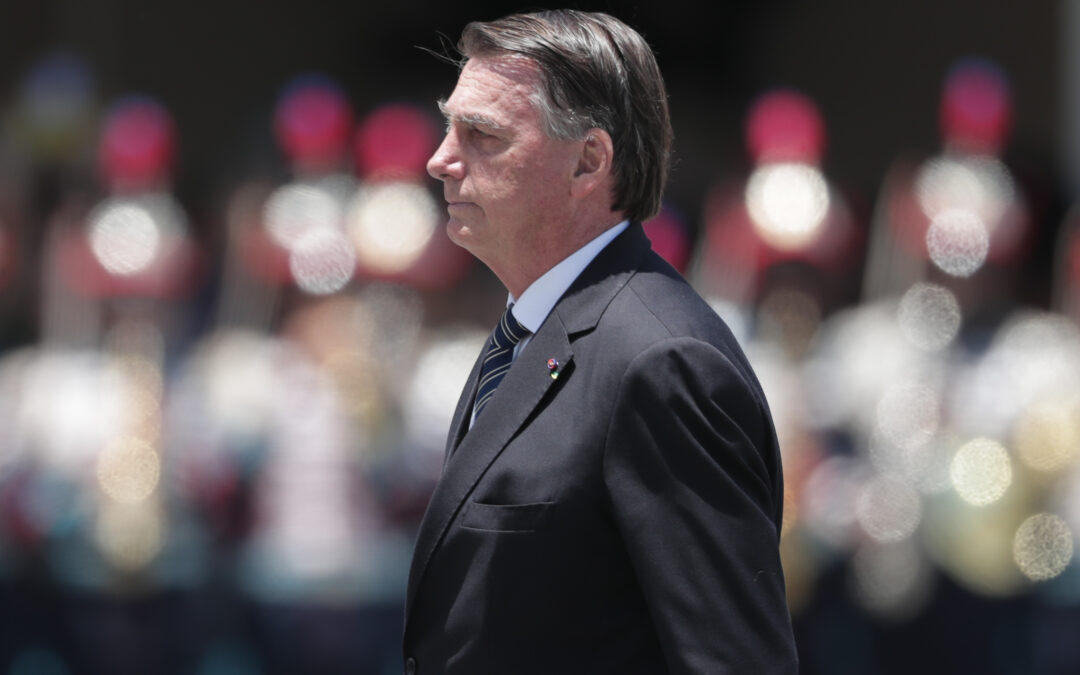 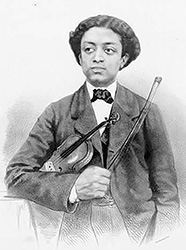 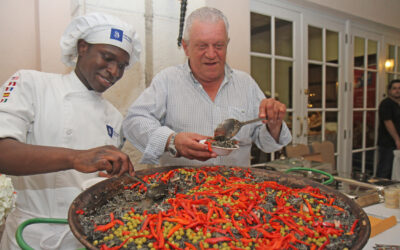 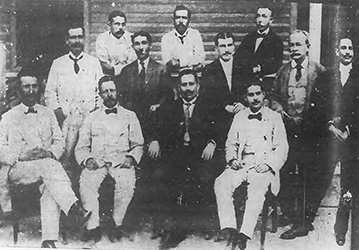