The Release of the Bay of Pigs Prisoners

After settling the Missile Crisis, albeit without the total withdrawal of Soviet troops from Cuba, the president focused on another priority: the release of 1,113 Bay of Pigs freedom fighters imprisoned by Castro.

The negotiation with Fidel was entrusted by the Kennedy brothers to a shrewd New York attorney, James B. Donovan, who had served as assistant counsel in the Nuremberg trials and had arranged with the Kremlin and East Germany the exchange of Soviet spy Rudolf Abel for the downed U-2 pilot Francis Gary Powers and the Yale student Frederic L. Pryor. This was the subject of the Steven Spielberg 2015 blockbuster film Bridge of Spies.

As directed by the White House, Donovan acted in Cuba not as a representative of the US government but as a private US citizen and counsel for the Cuban Families Committee in their efforts to free the Bay of Pigs prisoners.

On December 22, 1962, after several months of intense and often vexing negotiations, Castro agreed to release the prisoners upon receipt, as a down payment, of 20 percent of the stipulated ransom: $53 million worth of pharmaceuticals, medical supplies, foodstuffs, and other products. The following day, the brigade prisoners were flown to Miami. Not all were included in the exchange. Five were executed  (allegedly because of crimes committed under Batista), two died in prison, and seven had to serve up to twenty-five years behind bars.

Just before Christmas, on December 23, 1962, the freed Bay of Pigs prisoners arrived en masse at the Dinner Key Auditorium in Miami, which was packed with families and friends. When the veterans entered the hall, the crowd broke and rushed forward. Their tears and screams were seen and heard by millions of Americans watching on television. It was a moving and spontaneous outpouring of relief and jubilation.

Four days later, the president invited the brigade leaders to his villa in Palm Beach, where he was vacationing. Flanked by the first lady and her sister Princess Lee Radziwill, he warmly greeted them. No presidential assistant attended the gathering, save the press secretary Pierre Salinger. After a cordial exchange of pleasantries, Kennedy, turning serious, raised the subject of the Bay of Pigs and expressed his sorrow for what had happened.

As reported by Jose «Pepe» San Roman, the brigade’s military chief, the president told them that he did not provide further support to the brigade because the Soviet government had threatened to attack West Berlin if the United States launched more air raids on Cuba. He described his agonizing dilemma: support the Bay of Pigs invasion and face a Soviet military confrontation in Berlin, which could touch off a large-scale war, or maintain world peace and risk the defeat of fourteen hundred Cuban freedom fighters. It was a most difficult and painful decision, the president emphasized, but the priority was clearly world peace. (This was basically the same explanation Kennedy gave Eisenhower when they met on April 22, 1961.)

The brigade chiefs chose not to challenge the president’s explanation for having «dumped» them in Cuba without air cover. They withheld their grudges, thinking that Kennedy had not given up on Cuba and would back a new attempt to liberate the island. With that expectation, they agreed with the White House to invite the president to inspect the brigade at the Orange Bowl in Miami and present him with their most treasured possession: the banner that had flown over the command post at the Bay of Pigs for three days and had been preserved by a soldier who was able to obtain diplomatic asylum.

I vividly recall, as a participant, the well-choreographed ceremony at the Orange Bowl, which stirred the spirits of thousands in the stadium. The members of the brigade, clad in khaki uniforms, and their families and friends, waving flags, poured their hearts out when the white convertible carrying the president and the first lady glided over the field. After the bands had played the national anthems of the United States and Cuba, Pepe San Roman read his opening remarks and then turned toward the president and said, «Mr. President, the men of the 2506 Brigade give you their banner, we temporarily deposit it with you for safekeeping.»

The president unfurled the flag, stepped to the microphone, and replied, «I want to express my great appreciation to the brigade for making the United States the custodian of this flag.» He paused, and then his voice soared with emotion: «I can assure you that this flag will be returned to this brigade in a free Havana.»

The multitude who attended the ceremony rose and clapped wildly. Shouts of «Guerra! Guerra!» (War! War!) and «Libertad! Libertad!» (Liberty! Liberty!) rocked the stadium for several minutes. I looked around and saw that few eyes were dry. The members of the brigade and the Cuban exiles at large put behind them the Bay of Pigs debacle and, roused by the president’s assurance, renewed their vows to continue the struggle. They soon realized, however, to their dismay, that Kennedy was not inclined to wage war but seemed to be tilting toward an accommodation with Castro.

Although the president’s declared goal was to foster the end of  Communist domination in Cuba, he was not about to risk another confrontation with the Soviet Union, which in January 1963 still had some seventeen thousand troops and military personnel on the island.

Moreover, Kennedy had to contend with the global challenge of the Cold War. In that context, he viewed Cuba as a possible negotiating chip.

At a meeting with the National Security Council on January 22, 1963, he mused: «The time will probably come when we will have to act again on Cuba. Cuba might be our response in some future situation—the same way the Russians have used Berlin…. We can use Cuba to limit their actions just as they have had Berlin to limit our actions.

A Cuba-Berlin give-and-take with the Russians was clearly in the president’s mind, but this notion was too defensive and uncertain; it was more a contingency plan than a policy. So Kennedy decided to try a more realistic and proactive Cuba strategy, one involving carrots and sticks, pressures and incentives. Hence the dual strategy, which crystallized following the president’s meeting in Palm Beach with CIA director John McCone on April 15, 1963.

At that meeting, McCone «explained to the president that the Cuban problem must be solved in one of two ways …: by bringing consistent pressure of every possible nature on Khrushchev to force his withdrawal from Cuba, and then to bring about the downfall of Castro» or, alternatively, «by working on Castro with the objective of disenchanting him with his Soviet relations, causing him to break … with Khrushchev,… reorient his policies with respect to Latin America, and establish in Cuba a government satisfactory to the rest of the Hemisphere.

«The president thought both approaches should be carefully examined and suggested the possibility of pursuing both courses of action at the same time.» The dual strategy was set in motion without foreseeing Castro’s response.

The pressure component called for isolating Cuba as much as possible with the support of the Organization of American States and NATO allies. The objective was to increase the Soviet’s carrying cost of the Castro regime. Minor acts of sabotage under strict CIA control were authorized.

Although the secret Mongoose office in Miami was nominally disbanded—its functions were actually transferred to the Special Affairs Staff (Task Force W)—covert action plans continued to be devised to supplement the pressure side of the dual strategy. Indeed, by the fall of 1963, after several bizarre schemes had been discarded, a new CIA plot to assassinate Fidel Castro, without the involvement or knowledge of the Cuban exile leaders, gained momentum.

The attorney general, Robert Kennedy, remained the overall point man on Cuba, but he focused primarily on the cloak-and-dagger operations. The president, for his part, took on with maximum discretion the soft incentive side of the strategy. He earnestly pursued a rapprochement with Castro, hoping that Fidel could be lured to at least relax his ties to Moscow and stop exporting the revolution. Encouraged by Donovan’s seemingly constructive dialogue with the Cuban dictator during the negotiations to free the Bay of Pigs prisoners, the president even considered sending his brother to Cuba.

As documented in the declassified December 14,1962, Memorandum of Telephone Conversation between McCone and Undersecretary of State George Ball, the CIA director said that «the president wants the attorney general to go down to Havana because he now has commitments to cover the Castro list.» McCone added that the «woman who has been described in various reports as being his adviser, his secretary, or his mistress Celia Sanchez can arrange for him to come down. … They would allow him in, and then we would have him charter a Pan American plane to fly down there.»

This plan was dropped, apparently because it was deemed too risky politically, so Donovan was asked to advance the accommodation talks himself. When he met Castro in Havana on January 25, 1963, to follow up on the release of twenty-four US citizens imprisoned in Cuba, he proposed to Fidel, as a possible prelude to the normalization of relations, the resumption of Pan American Airways flights to Havana. Donovan also suggested that, «in view of Cuban-Chinese friendship, Castro might be helpful in obtaining the release of Americans imprisoned in China. Donovan told Castro that his difficulties with Washington lay in his dependence upon the Soviets. Castro only grunted in reply.»

As evidenced by his long, glorious trip to the Soviet Union in April-June 1963, Fidel had no intention of breaking with Moscow, despite his passing bitterness at the Russians for having withdrawn the missiles. He feigned interest in exploring a rapprochement with the United States to induce Washington to lower its guard and grant unilateral concessions, while he braced himself to subvert Latin America and beyond with Soviet support.

With that ruse in mind, «Castro warmly re-issued the invitation that Donovan return to Cuba with his wife for a week or so (possibly the first week in March). Castro indicated he wished to talk at length with Donovan about the future of Cuba and international relations in general.»

So eager was the president to strike a deal with Castro that he overruled in early March 1963 a State Department official who suggested that Donovan be instructed to tell Castro that breaking Cuban relations with the Sino-Soviet bloc was a nonnegotiable US condition for improved relations. As stated in a top secret / eyes only memorandum recording Kennedy’s instructions to National Security Adviser McGeorge Bundy, «The President does not agree that we should make the breaking of Sino-Soviet ties a non-negotiable point. We don’t want to present Castro with a condition that he obviously cannot fulfill. We should start thinking along more flexible lines.» Kennedy’s surprising position shift, which suggested a willingness to accept a Tito-type regime, «must be kept close to the vest,» the memo advised. «The President, himself, is very interested in this one.» 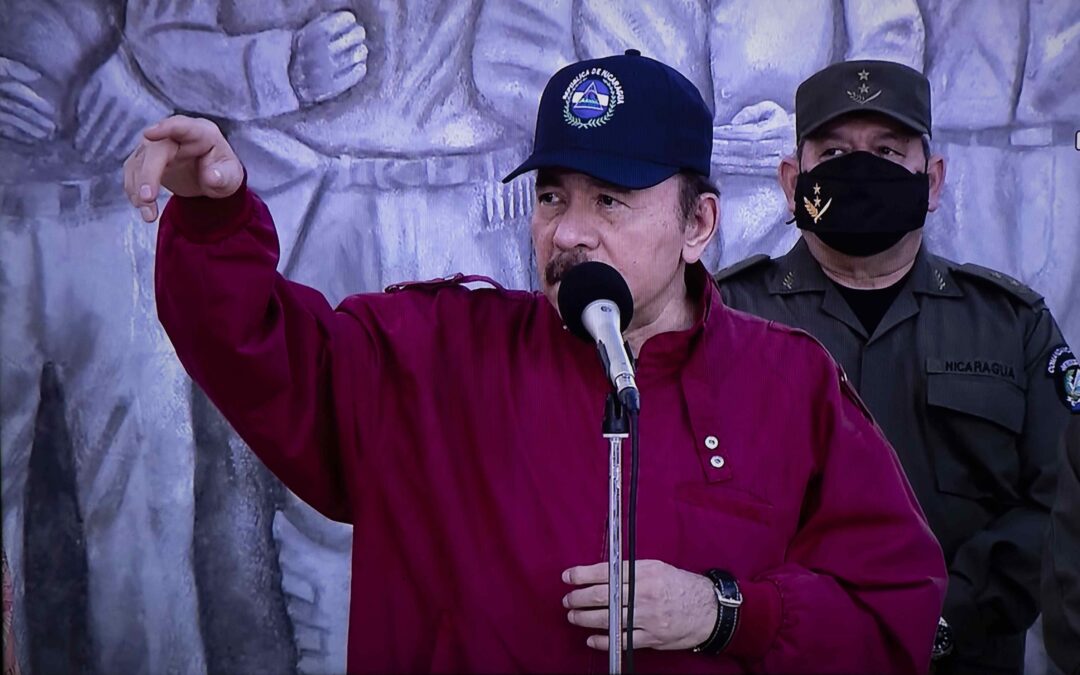 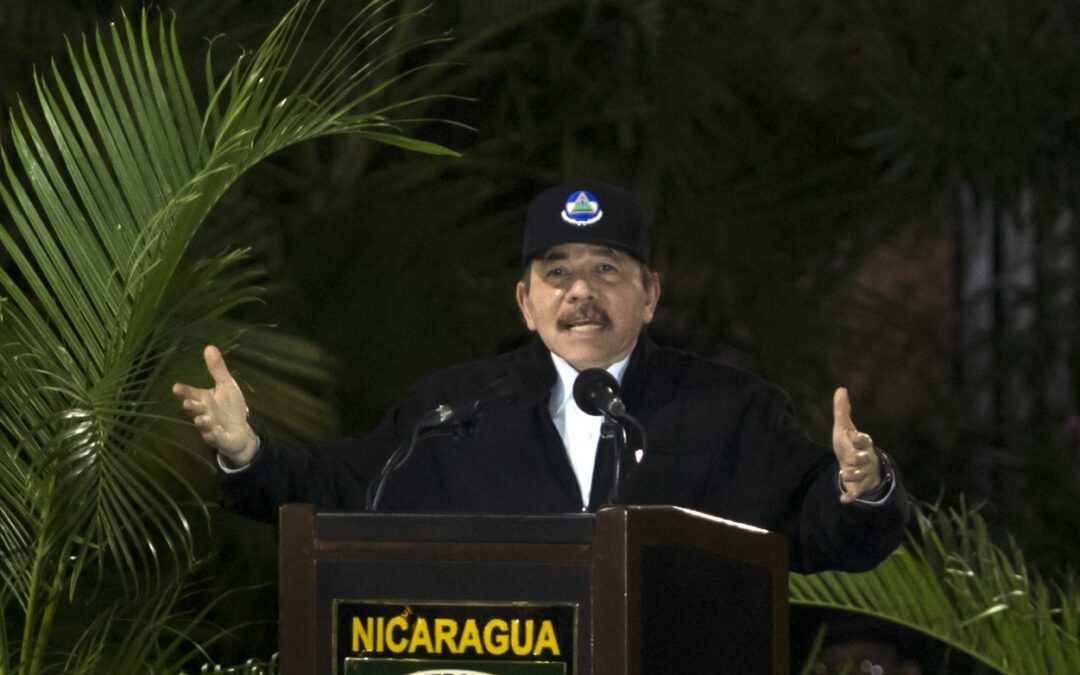 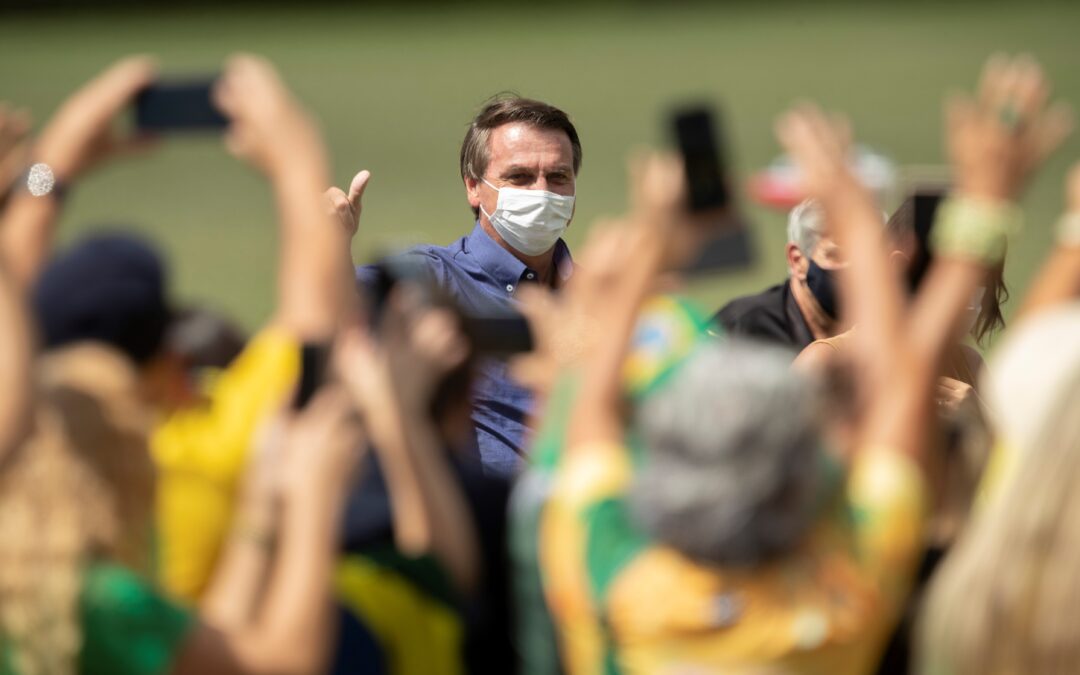 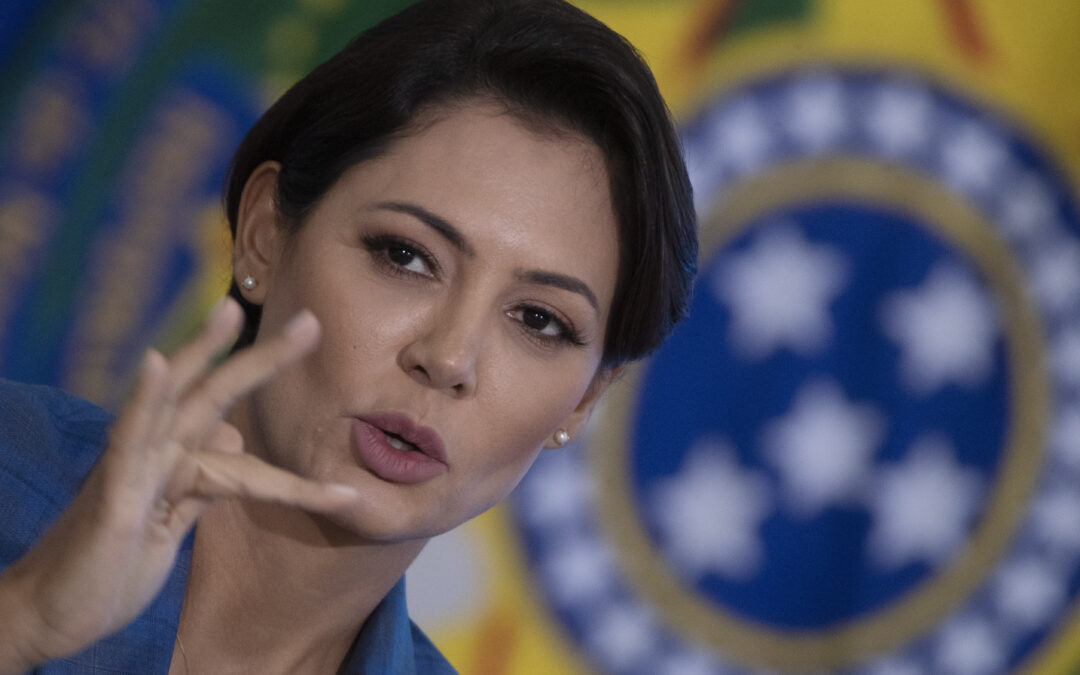 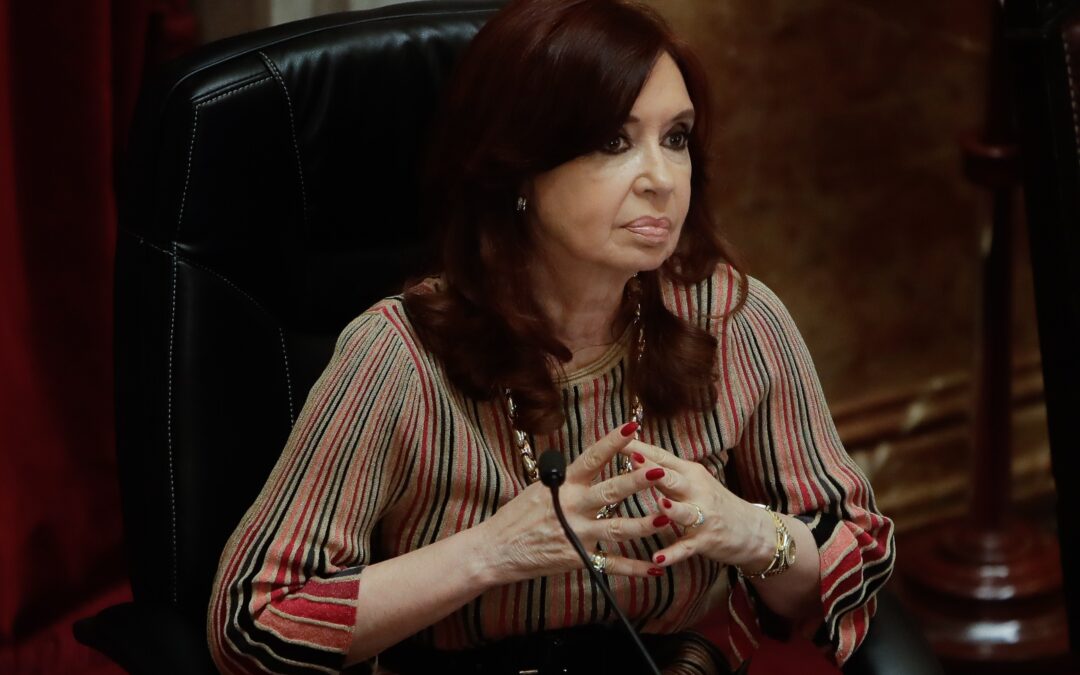 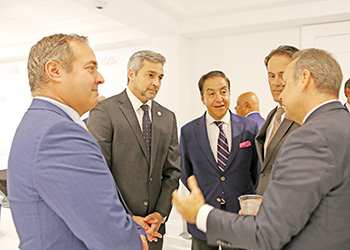 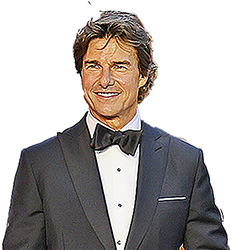 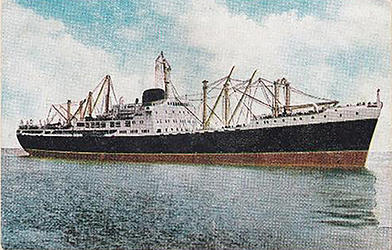