That evening, the president acknowledged during his press conference that the Soviets had deployed to Cuba a number of antiaircraft defense missiles with a short range, as well as some thirty-five hundred technicians. (They were in fact Soviet troops belonging to four elite armored brigades.) To tranquilize the nation, he emphasized that there was no evidence of any organized Soviet bloc combat forces in Cuba; or of the presence of offensive ground-to-ground missiles; or of other significant offensive capability. Were it otherwise, he warned, grave issues would arise.

At his September 13 news conference, Kennedy again denied the presence of Soviet offensive missiles or troops. He also reiterated that if Cuba should ever “attempt to export its aggressive purposes by force …  or become an offensive military base of significant capacity for the let Union, then this country will do whatever must be done to protect its own security and that of its allies.”

To assure Congress that he was taking all the steps necessary to prepare for any eventuality in Cuba, the president announced through the White House Press Office on September 7 that he had requested that one hundred fifty thousand men in the US Ready Reserve be ordered to active duty for twelve months. In addition, US war exercises in the region continued apace, and military contingency plans involving a possible blockade and/or invasion of Cuba were updated.

Following those sensible measures to enhance preparedness, an ill-advised decision nearly crippled the ability of the United States to detect the installation of Soviet strategic surface-to-surface missiles in Cuba before they became fully operational. This is what happened:

On September 10, a meeting was held at the White House office of National Security Director McGeorge Bundy to discuss CIA director McCone’s request to extend overflights. The objective was to photograph those areas of Cuba known to have Soviet surface-to-air missiles (SAMs) that had not been covered in previous missions. McCone, represented at the meeting by CIA deputy director Lieutenant General Marshall “Pat” Carter, suspected that those SAMs had been emplaced to protect medium-range surface-to-surface missile bases.

Secretary of State Dean Rusk strongly objected to the overflights in view of two recent U-2 incidents: the straying of a U-2 over Sakhalin. Russia, on August 30 and the loss of a Chinese Nationalist U-2 over the China mainland on September 8. Addressing Carter, who defended the overflight proposal, Rusk asked: “Pat, don’t you ever let up? How do you expect me to negotiate on Berlin with all these [U-2] incidents-(Khrushchev’s diversionary tactic, shifting Washington s attention from Cuba to Berlin, seemed to be working with Rusk.)

“Let’s sustain the overflights, and the hell with the international issues,” Robert Kennedy added. In the end, Rusk prevailed with McGeorge Bundy’s vigorous support and the attorney general’s acquiescence. Peripheral flights over international waters were authorized but on a limited basis, and land overflights in areas known to have Soviet SAMs were blocked. The president ratified that decision the following day.

This unconscionable surveillance downgrade, combined with a few days of inclement weather, left US intelligence agencies without photographic evidence of the strategic buildup for about one month. The Soviets thus were able to unload, unobstructed, medium-range missiles at the port of Mariel on September 15-17 and transport eight of them to the site near San Cristobal in the western part of the island. When Kennedy finally authorized in October the resumption of land overflights, this San Cristobal base—the first one to be photographed— was almost operational.

The Council and the Congressional I Joint Resolution (September 20)

The Cuban Revolutionary Council was not privy to the twists and turns of US-Cuba policy, but it seemed to us that Washington was intent on avoiding or deferring the inevitable showdown with Moscow. Major sabotage plans and other paramilitary operations were either placed on hold or pared down, and the anti-Castro guerrillas in the Escambray Mountains, facing a huge Castro scorched-earth offensive, were virtually left to their own fate.

Incensed   by Washington’s procrastination,   the Student Revolutionary Directorate -an anti-Castro organization based in Miami and not directly attached to the Council—decided to take direct action on their own to highlight the Soviet military occupation dramatize Cuban resistance. On August 24. at 11:30 p.m., a group of exiled students, nineteen to twenty-three years in age, penetrated Castros coastal defenses in two motorboats and fired their .20-caliber guns on a Havana hotel that housed Soviet bloc military officers. The daring raid produced heavy damages but no casualties and triggered a violent Castro protest.

The incident reached the highest levels of the Kennedy administration, involving the president, the attorney general, and the undersecretary of state, among others. A debate ensued over whether to arrest and prosecute the intrepid students. The president finally decided to issue a statement deploring the raid and warning against any such “spur of the moment” and “counterproductive” actions.

Given these developments, along with alarming refugee reports clearly indicating an acceleration of the Soviet military buildup in Cuba, Tony Varona (then in charge of the Council’s external relations) and I met with Miro-Cardona to assess the situation and agree on next steps. Tony and I argued that in view of the reluctance of the White House and the State Department to meet the Soviet-Castro challenge, our only recourse was to alert and enlist the support of Congress. After all, the looming crisis transcended Cuba and endangered the national security of the United States. Miro-Cardona was concerned that our plan might jeopardize his relationship with President Kennedy, but he did not stand in the way. “Just be careful and discreet,” he counseled.

Believing that sooner or later some type of military action with overt US involvement would be required to address the threat, Varona and I decided to build a case for the recognition of a Cuban belligerent government-in-exile—not to vegetate in Miami with meaningless titles, but to formalize the alliance and rally our forces for liberation.

We sold the idea to Florida’s Democrat senator George Smathers. a staunch anti-Castro advocate and a personal friend of President Kennedy. Working closely with the senator’s staff, we found several precedents of US recognition of governments-in-exile during World War I and World War II. These included the Czechoslovak National Council—representing a dismemberment of the Austro-Hungarian Empire not yet constituting an independent state in 1918—ana French led by de Gaulle from London in 1940.

Although the historical condition of a formal state of war was missing in Cuba, there were other factors that strengthened our case. The OAS had outlawed Cuba’s Marxist-Leninist regime and urged member states to exercise their right of individual or collective self-defense against Soviet intervention in this hemisphere. Moreover, the White House had already given tacit recognition to the Cuban Revolutionary Council as evidenced by President Kennedy’s ongoing relationship with Miro-Cardona. All that was needed was to formalize that relationship so that a Cuban belligerent government-in-exile could spearhead collective military action to free their country.

That was precisely the main point that Smathers made in the Senate when he presented his government-in-exile resolution. Such a government, he indicated, could help line up or neutralize some of the wavering Latin American republics before the United States put troops on the ground. And then he added: “If we get a government-in-exile; they [the Democratic Cubans] can be the first wave; they are the people who are trying to free their own country, and we avoid the stigma to a great extent of having to say that we have unilaterally attacked [Cuba].”

Secretary of State Dean Rusk objected in the Senate to the Smathers resolution, saying that he “didn’t believe the United States has ever recognized a government-in-exile which did not originate in its home country, and which had [not] been driven out by enemy action, as in the case of World War II.” (That, as noted earlier, was not true.) He also pointed out that there was “not a degree of cohesion among the various refugee groups outside of Cuba to support … a single institutional alternative arrangement for Cuba, given a change in the situation.” (True, but a duly recognized government-in-exile under Miró-Cardona, adequate resources and primed for action, could have rallied the support of most of the Cuban exiles and resistance groups on the island.)

These counterarguments did not mollify Rusk’s adamant position. Despite  Smathers’s gallant efforts, our government-in-exile initiative was dead on arrival.

Somewhat frustrated by this setback. I approached my grandfather Cortina  exiled in Miami, for encouragement and guidance. The former Cuban foreign minister and statesman was frail but remained lucid and well-informed. He told me that under the circumstances, the most effective way to press the White House to address the clear and present danger of Soviet military intervention in Cuba was through a joint resolution of Congress. When signed by the president, he reminded me, it would have the force of law.

Cortina gave me two good pieces of advice: (1) When drafting a proposed joint resolution, don’t rely solely on the Monroe Doctrine, which Latin American countries view with suspicion. Invoke the Inter-American Treaty of Reciprocal Assistance (the Rio Treaty), which authorizes the use of armed forces to safeguard the peace and security of the hemisphere. (2) Be sure to assert the right of the Cuban people to self-determination. “We don’t want to give up our sovereignty,” he emphasized, while recalling the 1898 congressional joint resolution declaring that “Cuba is, and of right ought to be, free and independent.”

I incorporated those pointers into my draft and called for the adoption of all the individual or collective measures deemed necessary to protect the security of the United States and other countries in this hemisphere and to repel Soviet intervention in Cuba. Tony Varona and I shared the draft, on a bipartisan basis, with Senators George Smathers (Democrat of Florida), Strom Thurmond (Democrat of South Carolina), and Bourke B. Hickenlooper (Republican of Iowa), and with Congressman William E. Miller (Republican of New York and national chairman of the Republican Party). They agreed in principle with the proposed joint resolution and promised to seek the backing of their colleagues, particularly those in the Foreign Relations and Armed Service Committees.

The idea of a joint resolution gained momentum, and several senators developed their own drafts, which were discussed on September 17, 1962, at a joint meeting of the Committees of Foreign Relations a Armed Services of the US Senate. Senator Kenneth Keating’s proposd  resolution declared that the domination of Cuba by international torn munism jeopardized the peace and security of the hemisphere, and reaffirmed “the right and obligation of the US to take all necessary actions, in cooperation with other Western Hemisphere nations if possible, and unilaterally if necessary, to end such domination.” 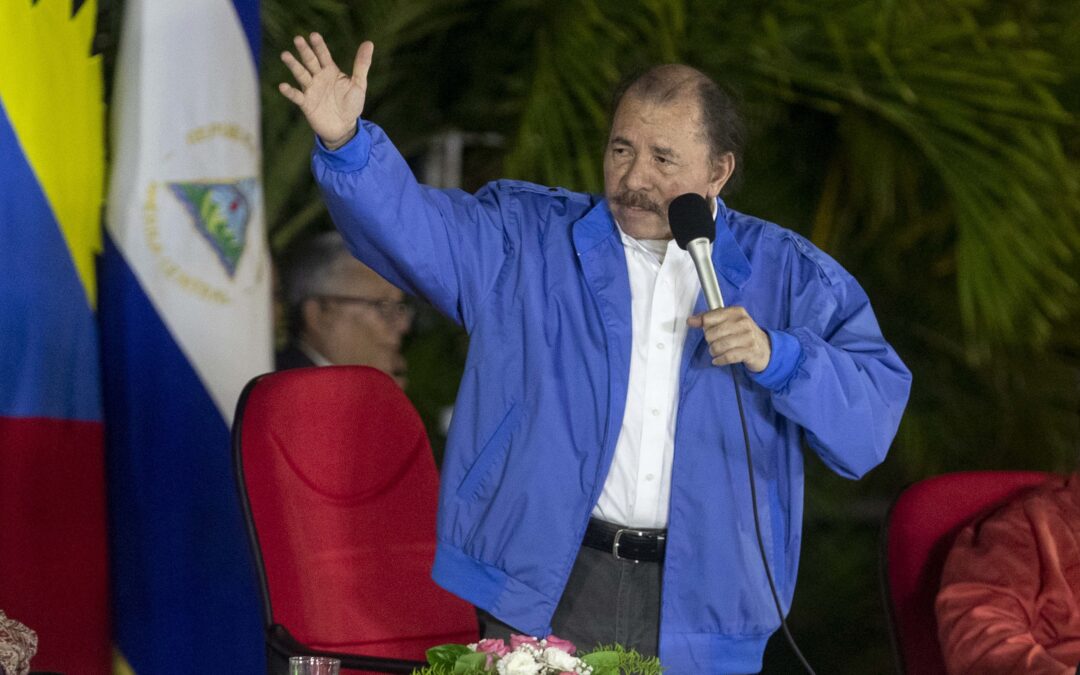 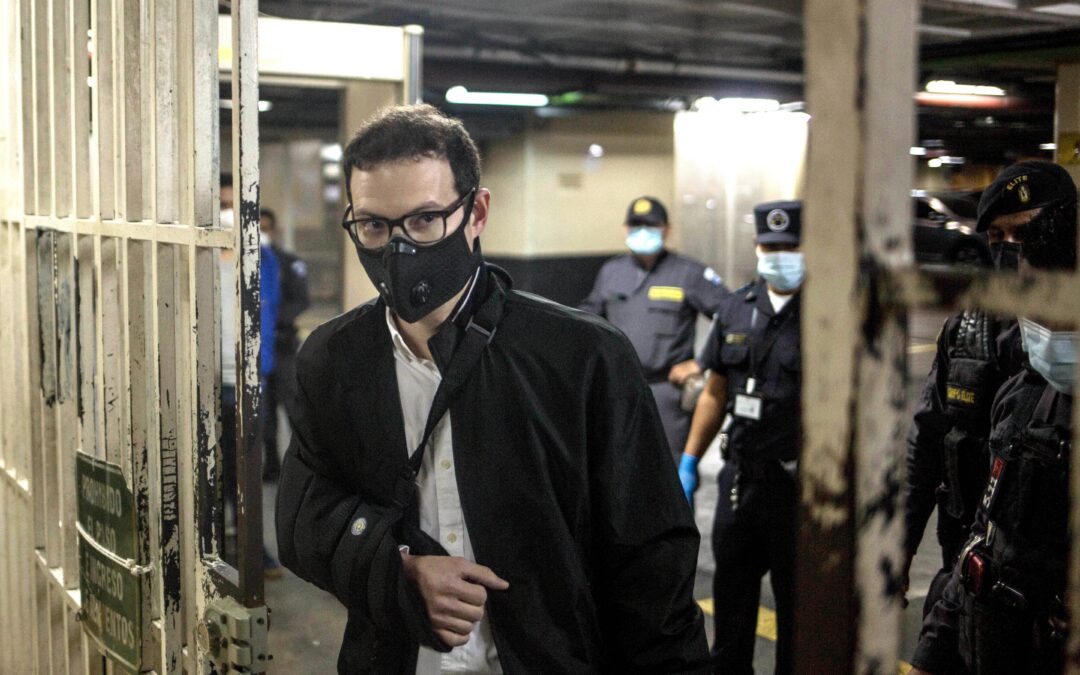 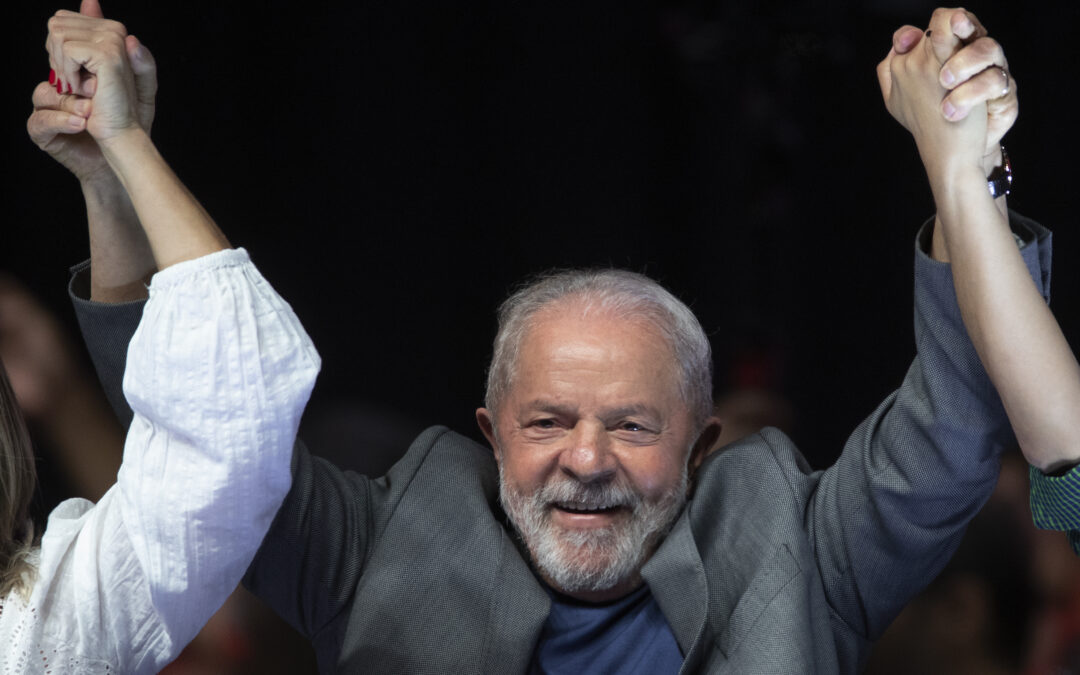 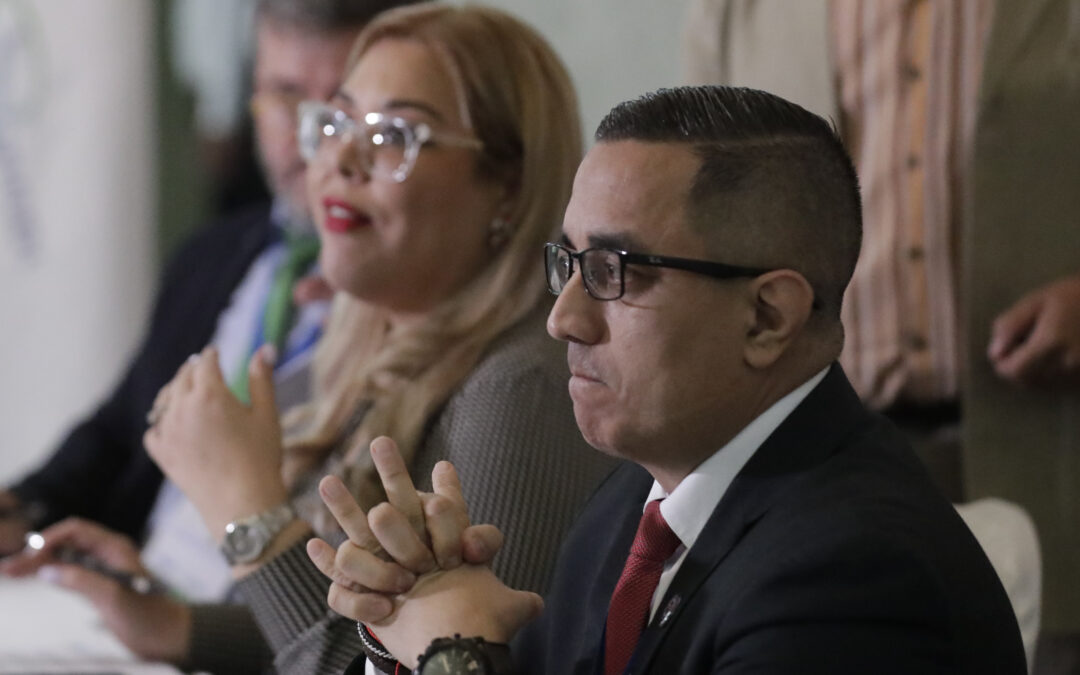 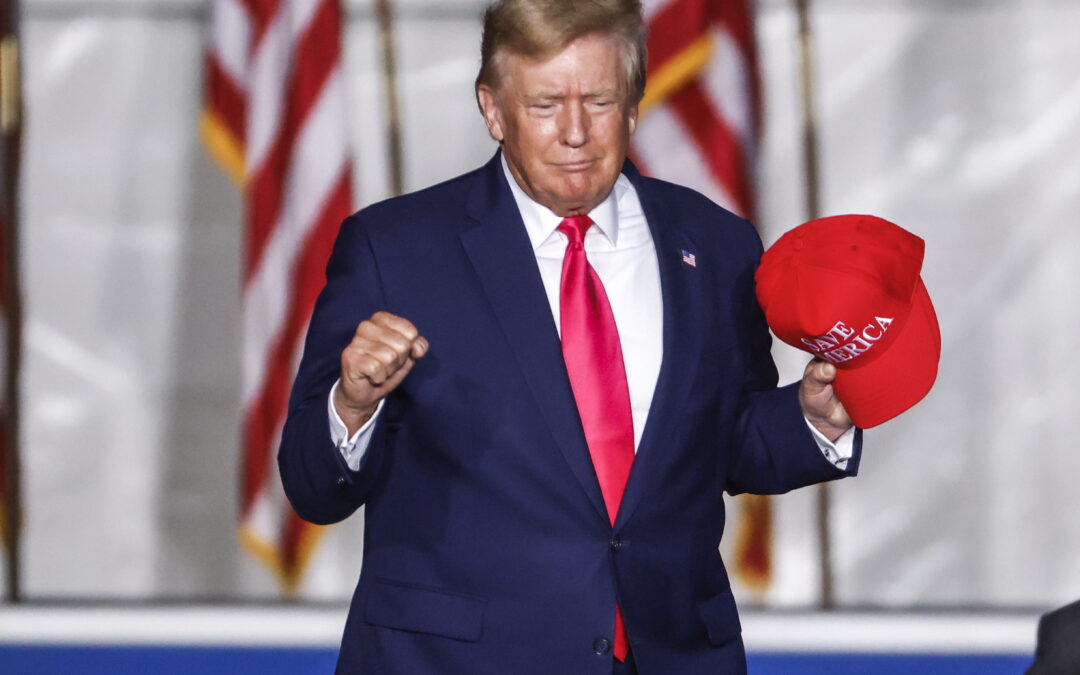 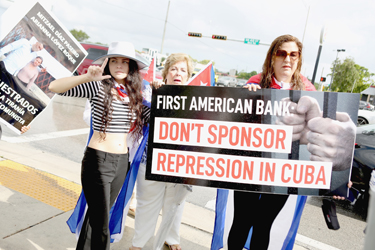 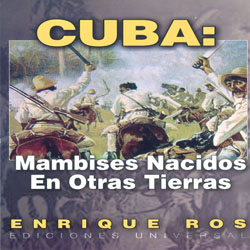 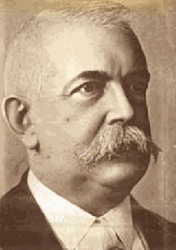